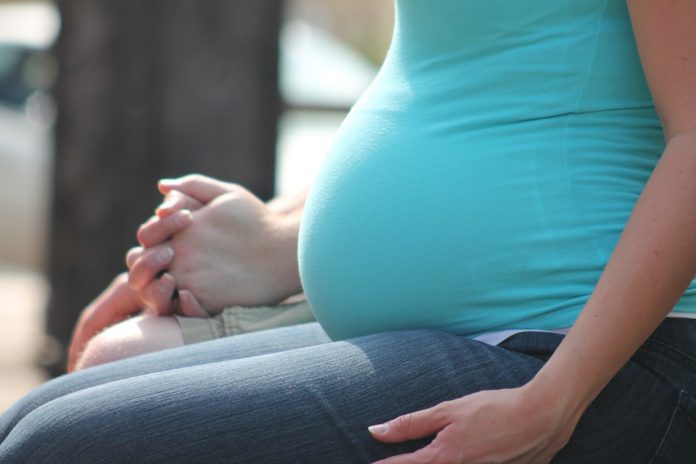 “One woman had menopause at 29 and went on to have a baby after medical treatment.”

When most people think of menopause, they picture a woman in her late 50s or 60s experiencing symptoms like hot flashes, mood swings, and of course, no longer having a menstrual cycle.

Hormone therapy is often the solution for some women to reduce these symptoms, since the body starts producing less estrogen as women age. However, there are rare cases of early menopause when women start going through hormonal changes much sooner than they should.

One woman had menopause at 29 and went on to have a baby after medical treatment.

For as long as she could remember, Stacey Burgerman had dreams of becoming a mother one day. She worked as a nursery nurse and being around babies all day motivated her even more to have a child of her own. However, when she surprisingly went through menopause at 29, she feared that her dream of becoming a mother would never come true.

Early ovarian failure can cause a woman to be menopausal before she should be. If the ovaries are damaged due to radiation or chemotherapy, a woman could stop getting her period very early, which can lead to infertility.

A diagnostic test will indicate whether there is a high level of follicle-stimulating hormone and low estradiol levels. Women with this condition are also at greater risk for osteoporosis and heart disease due to low levels of estrogen.

Why Is It Very Difficult to Get Pregnant During Menopause?

“Burgerman experienced what she now knows is perimenopause at 19”

The reason it is usually challenging for menopausal women to get pregnant is because women have less eggs as they age. Even when women get older, they still have some eggs, but the eggs are aging. However, perimenopausal women can still ovulate. When ovulation stops completely, a woman can no longer give birth naturally.

Burgerman experienced what she now knows is perimenopause at 19, when she started having irregular periods, mood swings and stubborn weight gain. However, doctors convinced her that her condition was just teenage hormones. When Burgerman’s symptoms persisted into her 20s, her mother recognized her symptoms and was convinced she was menopausal. When she finally got tested at 29, it was confirmed that she was indeed having menopausal symptoms.

Medically speaking, a woman is menopausal earlier than normal if she starts having symptoms like mood swings, sleep difficulties, low libido, night sweats, vaginal dryness or irregular periods before the age of 45. Treatments include a combined contraceptive pill and hormone replacement therapy.

In 2014, doctors confirmed that Burgerman would not be able to have children. Burgerman said she was “broken” by the news, and even recalls having to leave a child’s party because she couldn’t bear the sight of seeing her friends interact with their children.

Burgerman shares that she is close with her nieces, and felt that forming this bond would be the closest thing to having her own child. She even recounts being honest with men about her condition and being rejected by men who wanted to have children. This prompted her to go through the process of conceiving a child alone, even though she never dreamed of being a single mother.

“After years of IVF treatments and a sperm donor, Burgerman, 35, finally became a mother to a baby girl, Sofia.”

When she found out she wasn’t eligible for NHS, she decided that she would spend her savings on fertility treatments in hopes of having a baby.

After years of IVF treatments and a sperm donor, Burgerman, 35, finally became a mother to a baby girl, Sofia. Burgerman still feels like she’s living a dream each time she holds Sofia in her arms. Burgerman admits that the IVF treatments were expensive, but says Sofia is priceless.

Burgerman is from the UK and chose an American sperm donor and an egg donor from the UK. She stated that she felt using a US sperm donor would decrease the chances that her daughter would later bump into a sibling in the UK.

A healthy diet could delay menopausal symptoms. Eating foods like fish and fresh legumes supply the body with omega-3 fatty acids and vitamins and minerals like B6 and zinc. Avoiding refined carbs can also prove beneficial and make it easier to avoid gaining unwanted weight. Working out regularly and weight management can be helpful as well.

Menopause Supplements: Do You Really Need Them?

Menopause and Oral Health: What You Need to Know

Dizziness During Menopause: Should You Worry?

Menopause and Insomnia: Natural Remedies That Can Help You Sleep Better