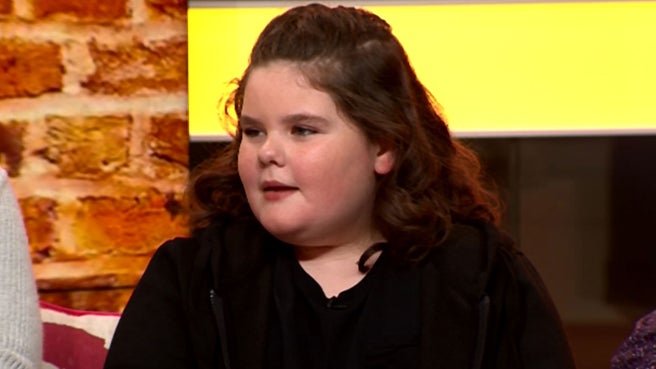 There is no doubt that modern medicine has evolved at an astonishing rate over the last several decades. In light of constant news about new medical discoveries, it is easy to forget there is still so much about the human body that is a total mystery.

Take the example of seven-year-old Emily. Emily’s period started when she was four years old. Now, at age seven, she has just entered perimenopause.

In this article, learn what medical researchers know about the causes and symptoms of early perimenopause, if any preventative treatments exist and when to seek out a doctor’s care.

“Up to 20 percent of early onset cases have a close female family member who also had early onset perimenopause.”

Emily’s case is quite rare – very few children start and end the whole reproductive phase of life by the time they are seven years old. However, Emily’s is not an isolated case either.

A more common scenario is early onset perimenopause, which is any onset that occurs before the age of 40. An estimated five percent of women in the United States may be affected by this early transition.

But even though Emily’s situation is quite rare, and researchers still do not entirely understand what has caused her condition, it is driving an increased search for answers.

Health reports that, in a full 90 percent of all early onset cases, doctors do not know what has triggered the transition.

This is what researchers do know about what may cause very early menopause:

1. Other female family members have gone through it.

Up to 20 percent of early onset cases have a close female family member who also had early onset perimenopause.

2. You have a genetic or autoimmune issue.

Autoimmune diseases that are linked to the thyroid or adrenal glands are a known contributor to premature perimenopause. Similarly, genetic conditions such as Fragile X or Turner’s Syndrome can contribute to early onset.

What are the Consequences of Early Menopause?

“The first thing to know about the consequences of premature perimenopause is that typically it is irreversible.”

In Emily’s case, she was developing secondary sex characteristics at the age of two, had her first menstrual period at age four and was headed into perimenopause by age seven.

Despite strenuous efforts on the part of her medical team, Emily’s condition did not respond to any of the treatments they tried.

In Emily’s case, there may also be a link between her diagnosis of autism and sensory processing disorder and her early onset perimenopause. However, her case is so rare there is very little data to compare it with to develop new theories.

The first thing to know about the consequences of premature perimenopause is that typically it is irreversible. Once the transition process begins, you can’t turn back the clock.

Where the consequences can be more severe with early onset is in the mental and emotional parts of life. It can be emotionally distressing to feel so out of sync with peers and even more so to face not being able to have children.

How to Prevent Early Menopause?

“increased calcium and Vitamin D from dairy foods may be helpful to delay onset as well.”

Some research suggests that diet can play a part in delaying the onset of perimenopause.

Eating less carbohydrates and more fish, vegetable protein, legumes and fruits such as grapes, plus increased supplementation with vitamin B-6 and zinc have been linked to later onset of perimenopause.

Health expert Dr. Andrew Weil reports that increased calcium and Vitamin D from dairy foods may be helpful to delay onset as well.

Doing your best to avoid exposure to toxins may also be important to delay onset of perimenopause.

If you or someone you love has symptoms suggesting early onset perimenopause, it is important to seek medical care and get a proper diagnosis. This is especially true if you wish to have children.

While there is no way to reverse early onset, there are plenty of options to manage your symptoms and find support to minimize the impact on your life.

This Is The Reason Menopause Is Making Women Scared to Drive

Study Says This Therapy May Be Effective in Managing Menopausal Symptoms

Menopause and Stroke: How to Lessen the Risks

Getting Pregnant During Menopause: What You Need to Know