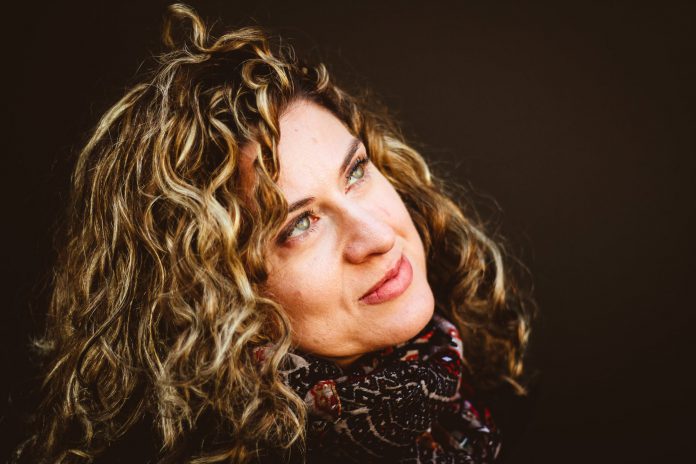 “around 40% of schizophrenia cases in women are only diagnosed after age 45, which is the average age at which perimenopause begins.”

Schizophrenia is a complex and severe mental disorder that affects behavior, thinking, and feeling in around 1% of the population. Affected individuals may suffer from delusions, hallucinations, altering thinking, and difficulties with cognitive functioning; sometimes they experience overt psychosis.

The majority of cases of schizophrenia in both boys and girls manifest during adolescence/early adulthood, but in some cases referred to as “late onset schizophrenia” the first symptoms appear later on, in older adults. In fact, there appears to be a strong link between sex and the age of onset of schizophrenia; it is extremely rare for a man to be diagnosed with schizophrenia after age 30, but around 40% of schizophrenia cases in women are only diagnosed after age 45, which is the average age at which perimenopause begins.

What studies say about the link between menopause and schizophrenia

“women who were diagnosed with schizophrenia as adolescents or young adults and have been successfully treated often experience worsening of their symptoms during the menopausal transition.”

There have been many studies showing that the hormonal changes and stresses associated with the menopausal transition can trigger mental illnesses like anxiety disorders, depression, and even schizophrenia in women with an underlying predisposition to these conditions.

During the menopausal transition, hormone levels fluctuate wildly, causing troubling symptoms like hot flashes. It is well established that some of the common menopause symptoms involve adverse effects on cognitive and emotional functioning, with mood swings and difficulties in concentrating being common complaints.

The hormonal changes during adolescence seem to trigger a wave of schizophrenia diagnoses during that change of life; thus, it shouldn’t be surprising that severe hormonal fluctuations explain the link between menopause and schizophrenia.

Postpartum depression is another example of how severe and sudden hormonal changes can lead to severe mental illness, including psychosis. Women who have experienced postpartum depression or severe premenstrual symptoms seem to be at higher risk of developing schizophrenia in response to menopause.

Intriguingly, women who were diagnosed with schizophrenia as adolescents or young adults and have been successfully treated often experience worsening of their symptoms during the menopausal transition.

The most common symptoms of schizophrenia during or shortly after menopause include hallucinations, disorganized thinking and behavior, paranoia, and flat effect. Sleeping disturbances are also very common, but this is also one of the common menopause symptoms and may not be specific to these cases.

Depression prior to presentation may or may not be present. Most patients are only finally presented for treatment when they experience a severe psychotic episode, because families are usually in denial about their previously normal wife/mother suddenly exhibiting signs of a severe mental illness.

The importance of boosting mental health during the menopausal transition

Many women suffer from poor mental health due to menopausal symptoms. They disrupt sleep, which adversely affects cognition and memory, and can trigger psychosis in susceptible individuals. Most women report feeling fatigue and like they are walking around in a brain fog during the menopausal transition.

It is important for women to seek treatment for troubling symptoms during this change of life and to pay attention to making sure they get enough sleep, eat well, and engage in stress reducing activities like exercise and meditation.

Women who might be at a higher risk of schizophrenia due to a family history or a history of postpartum depression/severe premenstrual syndrome might want to consider hormone replacement therapy just in case.

Although hormone replacement therapy has fallen into disrespect after some studies reported troubling adverse health effects, women suffering from severely disruptive menopausal symptoms should discuss it with their health care provider because it is vitally important to maintain good mental health during the menopausal transition, a time of life when mental health is particularly vulnerable to genetic and environmental influences.

In conclusion, in susceptible women, the hormonal fluctuations associated with the menopausal transition can trigger the onset of schizophrenia. Some studies have reported success in treating these patients with hormone replacement therapy with or without raloxifene or raloxifene alone. Raloxifene is a drug that specifically targets estrogen receptors in the brain but not in other tissues and thus might be able to relieve mental effects of the menopausal transition without causing any adverse health effects, but this requires additional study.

How Long Does Menopause Last: Here are What the Experts Say

Menopause and Osteoporosis: Symptoms and Risks

Sex and Menopause: What You Need to Know

This Is The Reason Menopause Is Making Women Scared to Drive

How to Make Your Menopause a Rewarding Experience

Breast Pain During Menopause: Should You Worry?